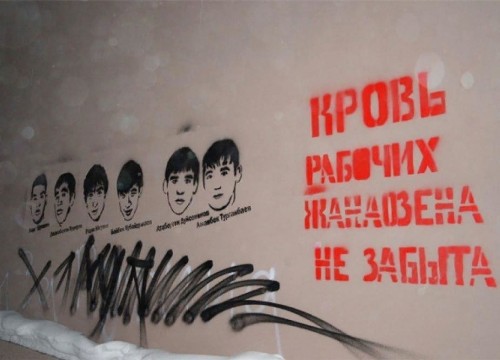 The Statement by human rights organizations of Kazakhstan

December 16, 2021 marks the 10th anniversary of the tradegy in the city of Zhanaozen and the village of Shetpe, when, after a months-long strike of oil workers as a result of the use of firearms by the police, according to official data, 17 people or more died and 86 were injured.

Ten years after police massacred striking oil workers at Zhanaozen, Kazakhstan, human rights organisations and trades unionists are demanding an international inquiry into the killings. Even now, the number of victims is unknown. State officials admit that 16 were killed and 64 injured on 16 December 2011 – but campaigners say there were dozens, perhaps hundreds, more. The initial killings, by police who fired into a peaceful, unarmed crowd, were followed by a three-day reign of terror in Zhanaozen, in the oil-rich Mangistau province in western Kazakhstan, and nearby villages.

Last week, on June 02, 2021, a meeting took place between representatives of the Oil Construction Company Workers’ Union affiliated to the Sectoral Fuel and Energy Workers’ Union with the management of the JSC “National Company “KazMunaiGas”. During the meeting the Union raised the issue of the refusal of the management of a subsidiary of “KazMunaiGas” to comply with the existing CBA, as well as a number of other issues. 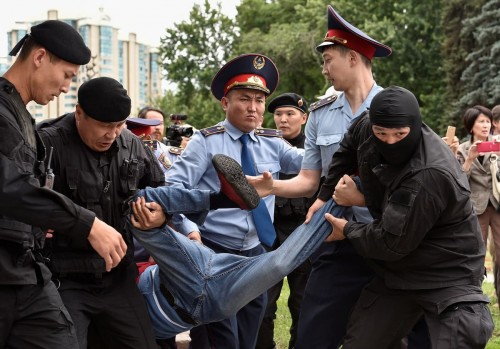 Kazakhstan: over 2,000 citizens have been illegally detained over the past 6 years

The pre-trial investigation authorities don’t pay due attention to the issues of proving the guilt of the suspect before bringing him/her to justice. As a result of this negligence, more than two thousand citizens have been illegally detained over the past six years. Such a verdict is contained in the Concept to the draft “On amendments and additions to certain legislative acts of the Republic of Kazakhstan concerning the implementation of a three-tier model with delineation of powers and areas of responsibility between law enforcement agencies, the Prosecutor’s Office and the Court”, which was presented by the General Prosecutor’s Office of the republic. 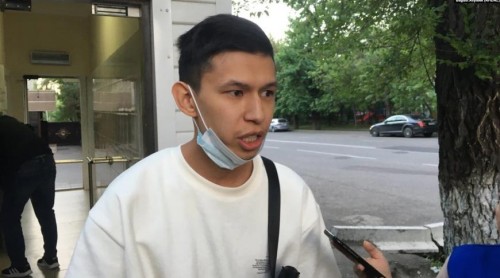 Temirlan Ensebek, a 25-year-old from Almaty, Kazakhstan, is under criminal investigation on charges of “disseminating knowingly false information” in connection with the satirical Instagram account Qaznews24, which he ran for a few weeks in April. If convicted, he faces up to three years in prison. On May 15, police detained Ensebek for questioning, carried out a search of his home, and confiscated two mobile phones and a laptop. After several hours of questioning, Ensebek was released. His lawyer, Zhanara Balgabaeva, told Human Rights Watch that she and Ensebek had to sign nondisclosure agreements. 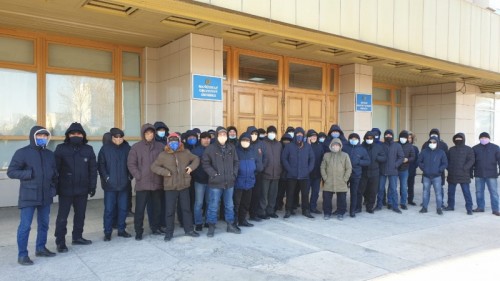 The Kazakh Authorities Continue Their Crack-Down on Independent Unions

The persecution of independent trade unions continues in the Republic of Kazakhstan. On February 5, 2021, by decision of Judge Kasharbekova A.U. of the Specialised Inter-District Economic Court of the City of Shymkent, the activities of the Sectoral Union of Fuel and Energy Workers were suspended for a period of six months. The Court decision has been appealed, yet high-ranking State officials speak of its coming into force even before the appeal was examined. This is the position explicitly expressed in a letter to the workers of Oil Construction Company, Ltd. dated February 10, 2021, signed by Akmadi Sorbasov, First Deputy Minister for Labour and Social Protection of the Population of the Republic of Kazakhstan. 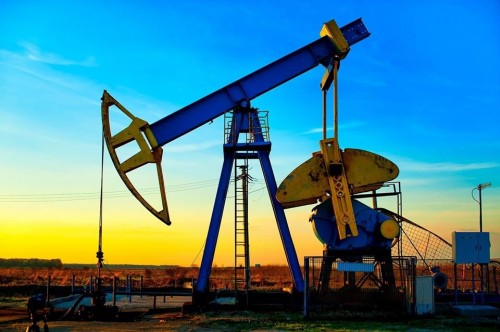 Meridian Petroleum president Baltabek Kuandykov described the discovery of the field as “a truly historic event for our country.” Mangystau governor Serikbai Trumov said the field would “give a powerful impetus to the social and economic development of the region and create new jobs.” 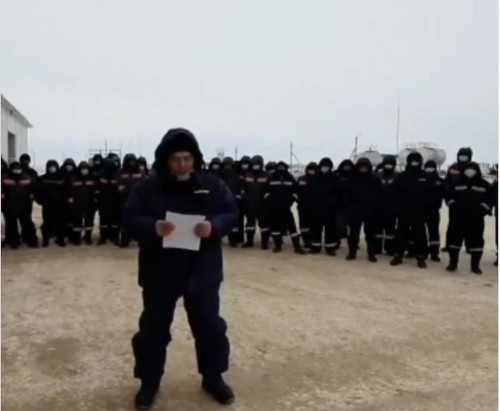 Dialogue is preferred to confrontation, although salary imbalances are still strong. The year has started uncomfortably for Kazakhstan’s mining and oil companies as workers become more vocal in their demands for higher salaries. 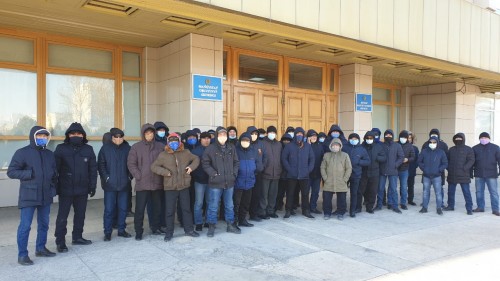 Kazakh authorities continue to put pressure on independent trade unions. Below you can find a letter send by ITUC and IndustriAll global to the President of Republic of Kazakhstan Mr Tokayev and invitation to support Labourstart campaign.

Between 15 and 25 January 2021, the Kazakh tax authorities ordered a three month suspension on the operation and activities of three human rights organisations: Kazakhstan International Bureau for Human Rights and the Rule of Law, The International Legal Initiative Foundation and the public association Echo. The tax authorities also imposed fines on the three aforementioned organisations as well as another human rights organisation, Erkindik Kanaty, for alleged violations in reporting of foreign funds.