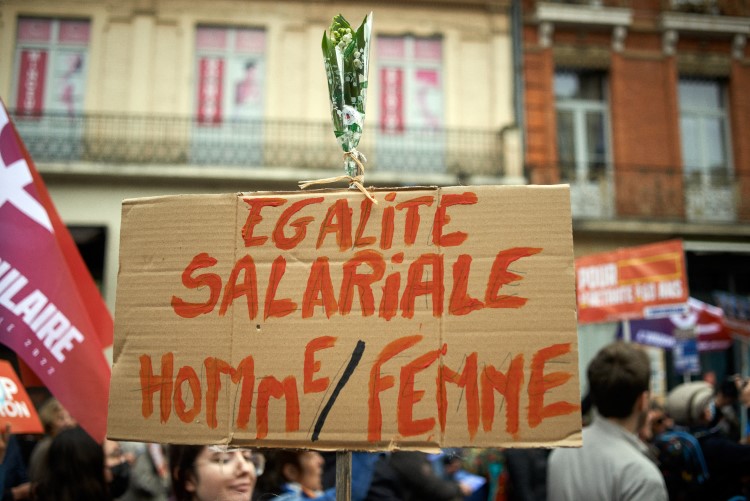 On International Equal Pay Day, 18 September, the ITUC calls on all governments to adopt laws and reforms to close the persistent global gender pay gap of over 20%.

Systematic discrimination, undervaluation of women’s work and their disproportionate share of unpaid care work are the overarching root causes of the gender pay gap.

The disparity is even higher for women with multiple and intersecting identities and in sectors where women are predominant, such as health and care where the gender pay gap is 24% and most of the top earners are men.

This is compounded by women’s exclusion from accessing paid decent work. The labour force gender participation gap remains stuck at 27% and the majority of women are in precarious and informal jobs with inadequate minimum wages and limited or no access to social protection.

Furthermore, the gender gaps have widened due to the disproportionate employment and income losses for women due to the economic effects of the COVID-19 pandemic.

Closing the gender pay gap is at the core of the New Social Contract, which demands wage justice, and the gender-transformative agenda for recovery and resilience adopted by the 4th ITUC World Women’s Conference.

From Chile to Ireland, New Zealand to South Africa, trade unions have engaged in lobbying, advocacy campaigns and social dialogue for the adoption and enforcement of equal pay, anti-discrimination legislation and measures for the reconciliation of work and family life and to tackle gender segregation in the labour market.

Unions are also calling for adequate investments in the care economy, the creation of new jobs for women, universal access to public quality health and care services, a living minimum wages and universal social protection.

In the European Union, unions are campaigning for the adoption of a strong EU Pay Transparency Directive.

The universal ratification and effective implementation of the ILO’s Equal Remuneration Convention remains a fundamental core labour standard for all countries. Making C100 a reality is the overarching goal of the Equal Pay International Coalition (EPIC), led by the ILO, UN Women and the OECD.