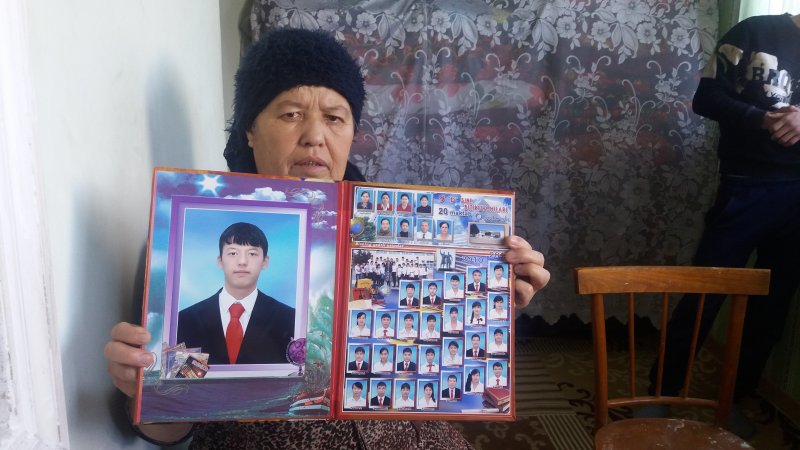 Every year, employees from Maxam-Chirchiq and Ammofos-Maxam are forcibly sent to pick cotton for up to two months. This often involves living and working in inappropriate conditions, away from their families, with inadequate food, water and sanitary facilities.

Employees risk dismissal from their jobs for refusal to pick cotton and many who speak to journalists and human rights activists are unwilling to reveal their names for fear of reprisals by their employers.

Our research has found that forced labour at Maxam-Chirchiq and Ammofos-Maxam is not limited to picking cotton. In the summer of 2018, 120 employees of Maxam-Chirchiq were forced to go to the city of Akhangaran every day (located 82 km from Chirchiq) to work on demolishing buildings and clearing construction waste.

Employees of Maxam-Chirchiq and Ammofos-Maxam have been forcibly mobilised to harvest cotton every autumn for many years and takes place under orders of the Government of Uzbekistan. We are aware of two deaths of employees of Maxam-Chirchiq and Ammofos-Maxam related to work in the cotton fields during the harvests of 2014 and 2018.

On September 26, 2018, 24-year-old Sohibjon Mutalibov, an employee of Ammofos-Maxam was forcibly sent to pick cotton. On October 5, Sohibjon died, 200 km from his home in hospital in the Dustlik district of the Jizzakh region, after his skull was fractured in a fight with a local resident.Sohibjon had been working at the Ammofos-Maxam chemical plant for five years and every autumn was forced to pick cotton. The family does not know what caused the fight with the local resident and a court case is currently ongoing.After Sohibjon’s death, his father Ibrahim tried to meet with the management of the company but was denied access.Sochbijon Mutalibov was the only working member of his family and therefore could not refuse the company’s demand to pick cotton. Refusal to do so would have meant risk of dismissal from his job.

Narimon Mustafayev, a 53-year old employee of Maxam-Chirchiq, located in the town of Chirchiq, died on October 10, 2014 in the Arnasay district of the Jizzakh region. Mr. Mustafayev and other workers from the company had been sent to pick cotton in Arnasay where they had rented rooms from local residents. On October 7, Mustafayev did not go to the field, because he was feeling ill. At ten o’clock in the evening, he made his way to the toilet but there was no electricity, making it impossible to see the stairs. Mustafayev slipped in the darkness and fell from the second floor to the first. He died in hospital from injuries sustained in the fall on October 10. Mustafayev worked as a mechanic and had a small son. A hokimiyatrepresentative of the Arnasay district confirmed to Radio Ozodlik, the Uzbek service of Radio Free Europe/Radio Liberty, that 500 workers of Maxam-Chirchiq had been sent to pick cotton from the beginning of September 2014.